Ladd McCluskey is no stranger to the distinctive sound of 3D printers. For years, his sons had 3D printers in the house making everything from creative light switch covers to violins. When the kids moved out of the house, he and his wife decided to open up businesses to help employ members of the local community. After conducting extensive research about 3D printing, he decided to launch Primary Manufacturing (Primary MFG), a 3D printing company, in the small town of Humboldt, SD.

With his background in engineering, he didn’t leave it at “pressing print and shipping parts.” Instead, he decided to make materials the foundation of Primary MFG. Before printing a customer’s parts, Primary MFG takes the time to thoroughly understand the intended use of the part to recommend the best material for the job. Since then, Primary MFG has 3D printed well over 100,000 parts ranging from customer ideas written on scratch paper to runs of over 20,000 end-use parts.

Primary MFG already had 3D printers but knew they had to add more capabilities and materials to grow at the rate they forecasted. That’s when they started looking at other 3D printing technologies on the market to identify what could fill that gap. When they found the 3D Systems Figure 4, it checked most of the boxes, so they got in touch with Nota3D to take a deeper look.

The Figure 4 Standalone system has a smaller build volume than their current printers so that was a potential issue. Since Primary MFG typically produces small parts, the concern was more about throughput than individual part size. When comparing the Figure 4 to their current printers, not only was the all-in cost significantly lower but the total printing and post-processing time was reduced by as much as 80%. At that point, throughput was no longer an issue.

Once Ladd had an all-in quote from Nota3D, he determined that this was the right solution to join his fleet of 3D printers, so he purchased his first Figure 4 Standalone system. Since then, the Figure 4 runs nearly non-stop and they’ve booked jobs that would have previously been turned down. They love the dependability, speed and broad range of materials and they plan to add more Figure 4 3D printers in the future.

They decided to put the printer to the test by designing a custom manifold and scaling it down as small as possible. They were blown away by the details that were preserved even when printed at a fraction of the size of a penny. This has become a showcase part for them when presenting their solutions to prospective customers.

To find out more about Ladd & the team at Primary MFG, visit www.primarymfg.com. If you’d like more information about the Figure 4 platform or anything else in the 3D Systems lineup, Contact Us today. 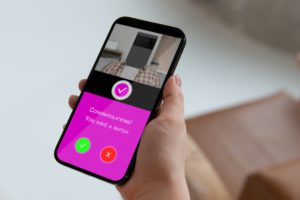 So, You’ve Been Tasked with Researching and Selecting a New 3D Printer. Now What?

Where do you start? There is no shortage of brands fighting for your attention, so you can easily spend weeks researching 3D printers only to find yourself more confused than when you started.

Primary Manufacturing Produces Finished Parts up to 80% Faster with Figure 4 Ladd McCluskey is no stranger to the distinctive sound of 3D printers. For 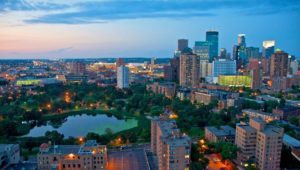 Manufacturing in Minnesota is Facing Challenges

According to Enterprise Minnesota, there are over 10,000 open manufacturing jobs in Minnesota right now. This has left employers scrambling to find ways to fill these holes.

At Nota3D, we pride ourselves on being a resource for our customers to continuously develop internal processes, drive innovation, and increase efficiency by utilizing the finest additive manufacturing technology available. We achieve this by being a team of experts for you to partner with and depend on.